The Impact Stress has on Fat loss

The impact of Stress on Fat loss

Stress is a familiar thing to almost every single one of us, unfortunately stress has an impact on fat loss and health.

All too often things in the realm of fitness are put into boxes. Separate boxes that are dealt with individually without much thought of how these boxes may interact with each other. Just because we put certain areas into boxes, it doesn’t mean that this is how the body does things. In fact, our bodies are quite the opposite, working more like a production line in a factory. An issue at one point in the ‘conveyer belt’ of our body will have an impact elsewhere down the line.

Now, this isn’t to say that all of these impacts are negative. In some cases an impact on the production line can cause a positive outcome, but if we deal with the body in a very strict, secluded manner, then we can’t possibly see the bigger picture and know if our impacts are positive or negative.

As a personal trainer, the most requested goal from clients male or female, young or old is fat loss. And even if fat loss isn’t the primary goal, we’ll often still see it listed as a secondary or tertiary focus. And if fat loss is our hero of the story, then its nemesis will undoubtedly be stress.

When it comes to fat loss, stress is the Joker to our Batman, the Moriarty to our Holmes. Preventing our hero from doing their job, and sometimes even making this impossible. But why does this happen? First off we need to understand stress a bit better.

Our bodies can be described as adaptation machines. When we put them in a situation, our bodies will respond. When we spend more time in the sun than usual, our bodies adapt to this stress by making our skin more tanned to protect us against UV rays. When we spend more time in water than usual, our bodies adapt by wrinkling the skin, allowing us to grip more effectively in wet conditions. As you can see, not every form of stress causes a negative reaction. We actually require some form of stress in order to provoke any kind of adaptation.

However, this positive adaptation to stress only occurs when the body has been given an amount it can handle. “The poison is in the dose” absolutely applies here, meaning finding a balancing point for the body is key to stop the scales of stress tipping too far one way or the other.

Exercise is a great example of this. If we go into the gym for 15 minutes and perform every exercise with a set of 1kg dumbbells, we have clearly under dosed the stress response we were looking for. If we decide to use the heaviest weights we can possibly handle, and train for hours on end, we’ve now gone too far and will likely be extremely sore and stiff for days; we’ve now added more stress than our body can effectively recover from. When we hit the sweet spot, we’ll be right in the middle, we’ve trained hard enough to elicit a response from the body, but not too much stress that we would struggle to recover from. If we do this continuously, we will adapt to the style of training. Running faster and longer distances will result in greater cardiovascular fitness and lifting increasingly heavier weights leads to increased strength.

So if training and recovery can be put into 3 categories; too little, too much, and just right, we can put other states of the body into groups of 3 as well. But first, lets look at other factors that can place stress on the body in our modern society:

Unfortunately, most readers will be able to relate with the list above, whether it be the sluggishness after working until the early hours, or having a junk food hangover from those times where being busy means convenience is a higher priority than good nutrition.

These stressors are perceived by the body as a threat, and it responds accordingly, switching how it works whilst under ’attack’ by operating via the fight or flight part of our nervous system. This pathway is designed to respond to periodic immediate danger rather than slow and sustained stress, meaning that the actions taken by the body, such as powering down non-essential processes like digestion, rest and recovery. These then can go on to effect other areas such as sleep quality and duration, a well as increasing inflammation in the body.  When in this state our hormones are also impacted; we produce less of the hormones that are associated with inhibiting hunger, and the sense of fullness and satiety (known as the hormone leptin). To make matters worse we also produce more of the opposite hormones that increase our appetite and cravings (known as the hormone ghrelin). Ever had a stressful day and found yourself eating everything in the house? There’s a reason why ghrelin is referred to as the hunger hormone.

This makes fat loss a much harder job to carry out, especially when we know that in order to reduce body fat, we must consume fewer calories than we burn, thus creating a calorie deficit, forcing the body to use fat stores for fuel to make up for the lack of energy in what we consume. However, as we’ve all experienced cravings and mindless snacking we don’t find ourselves chowing down on kale and celery. Instead the body has an appetite for highly refined and easily digestible foods, which are often a combination of fats, sugar and salt. Think chocolate, pizza, biscuits, ice cream, crisps… the list goes on. As these foods are high in calories, low in nutrients, and not very filling it doesn’t take much to push us out of any calorie deficit we may have created, and in some instances into a calorie surplus.

Now, this isn’t to say that a zen like state is a necessity for fat loss, far from it. And telling someone who has a stressful job and life to be less stressed isn’t helpful either. Stress, like many other things during a successful fat loss phase, is just another metric that needs to be acknowledged and managed to both lessen and prevent the negative impact of stress on fat loss. 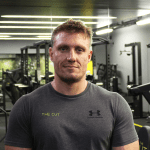 Whether it’s about your health, fitness, weight, tiredness, transform your life and your career with your personal trainer, contact The Cut now.

We use cookies to ensure that we give you the best experience on our website. If you continue to use this site we will assume that you are happy with it.OkPrivacy policy